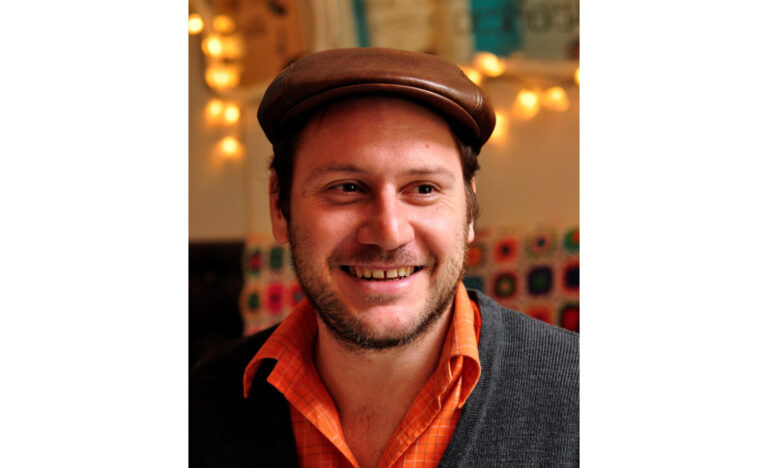 Guillermo Decurgez, known as Decur, was born in Rosario, Argentina in 1981. He is a cartoonist and illustrator with a strong self-taught character, he was a mason and operator of a factory where, daily, he placed one hundred and forty car doors per day. He managed to change that gray world for another full of colors and, after a strong depression, resignified the word drawer: “My body is full of small drawers; there are drawers with colored lights and others with just the flame of a candle. There is one in particular that represents my childhood; inside there is a large tree adorned by a small house and, in it, a child who invites me to play.” In fact, for Decur childhood is a sacred territory. When I was a boy he did not stop drawing: influenced by the work of Quino, Caloi, Fontanarrosa, Liniers and Jorge González, among others, he relates: “I went to the dentist and grabbed the magazines, found an illustration of Quino, coughed and at the same time tear off the leaf. At that time I was no more than eight years old.”

He published the books Merci! (2011), Pipí cucú! (2013) and Semillas 1 (2015), all in Ediciones de la Flor; and Mi cajón favorito (2014), in Thule publishing house. With Editorial Zorro Rojo, he has made the first illustrated edition in Latin America of “Ivan el tonto” by Tolstoy (2019). He has illustrated Roberto Artl’s “The almost perfect crime” with the Ojoreja publishing house (2019). He has exhibited his illustrations in France, Spain, Chile, Bolivia, Colombia, Argentina and the United States.

The books of those who confess to looking for “an imperfect beauty inspired by plants, antique desks and animals” are already circulating all over the world. His latest novel “When you look up” (2020), edited by Enchanted Lion Books, was recognized by the New York Times as one of the best 25 books of the year 2020, nominated for two Eisner awards for best painter and best edition, and he has won the gold medal in Original Art at the Society of Illustrators of New York. Translated into Spanish, English, Korean, Lithuanian, French and Chinese.

He currently lives and works in Arroyo Seco, in the house bequeathed to him by his grandfather, accompanied by his wife Celeste, a Chihuahua dog and a very hairy dog. It has three antique desks that serve as dimensional doors.

This may be a good place to introduce yourself and your site or include some credits.